Texfinity attended the famous laundry exhibition in Frankfurt - Texcare 2016 - and showed for the first time their own developed gas heated flexible chest ironer.

S.iron (r) uses flexible chests, developed, build and made by TEXFINITY.  The chests are made of Stainless steel on both sides of the chest. The oil distribution through the chests has been designed with the help of CFD* analysis that visualises the true oil flow and identifies cold spots.

(*) CFD: Computational fluid dynamics is a branch of fluid mechanics that uses numerical analysis and algorithms to solve and analyze problems that involve fluid flows.

CFD analyses of chests of our competitors show oil distribution problems inside their chests. With the help if CFD TEXFINITY succeeded in developing a flow pattern inside the chests which avoids these   distribution imperfections. In addition, TEXFINITY uses thicker and more pipes to bring the hot oil to the chest than any other manufacturer of ironers. This results in a higher capacity and more stable temperature at high production speeds

The S.iron uses direct drive technology to control the speed of the rolls. This eliminates the need of belts or axes to maintain the correct speed at each roll. Speed differences between the rolls are even programmable per type of linen.

Heat Exchanger
TEXFINITY uses a 3 pass heat exchanger in the S.iron.  This makes the S.iron the most efficient ironer on the market. Because of the large size of the piping inside, the flow through the heat exchanger is amongst the highest in the industry. Together with the large distance of the flame to the piping guarantees this deign in non overheating the oil. This will lengthen the life of the oil substantial. 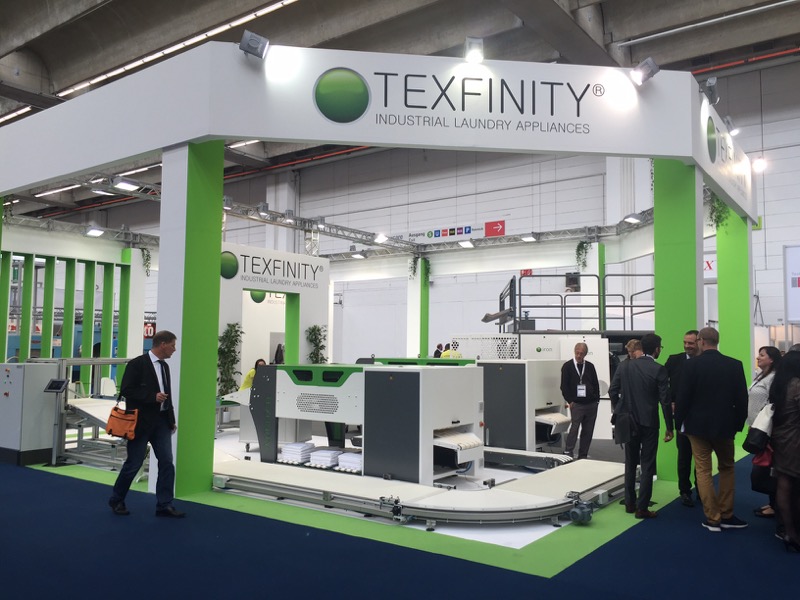 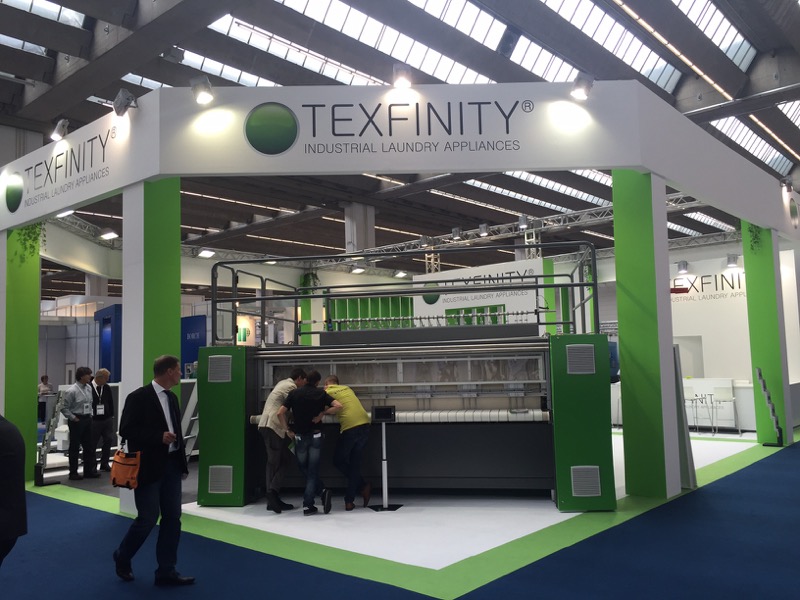 The Gas Heated Flexible chest ironer from Texfinity was an Eye-catcher at the exhibition. 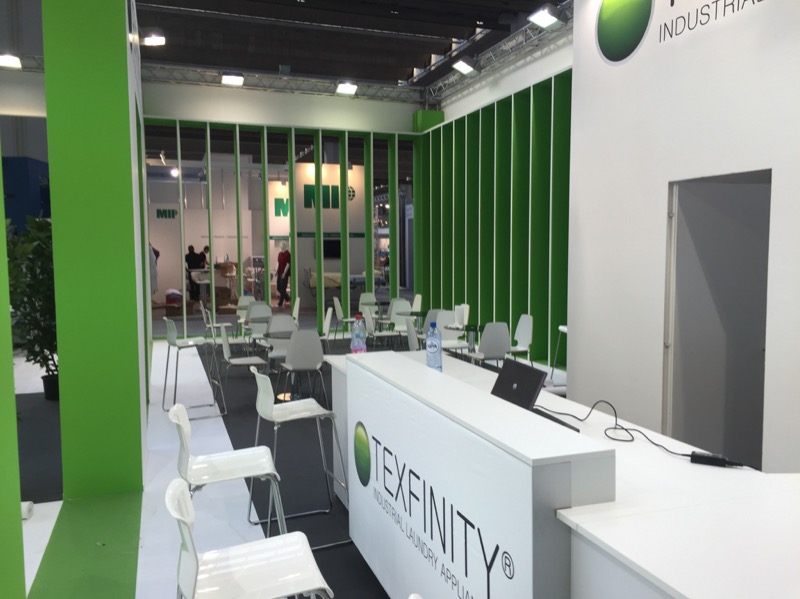